Kambriel Fashion Shows
Come in, take a seat, and enjoy the show! 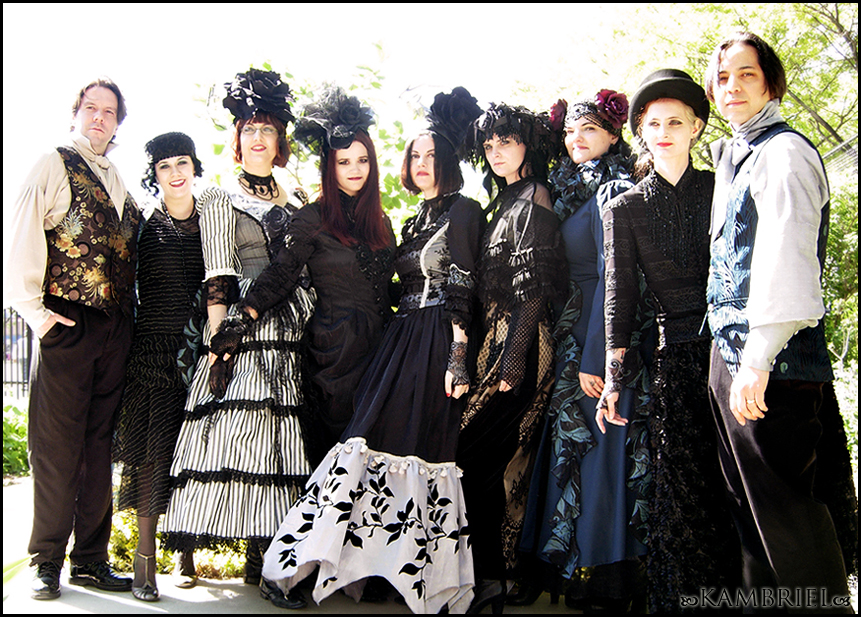 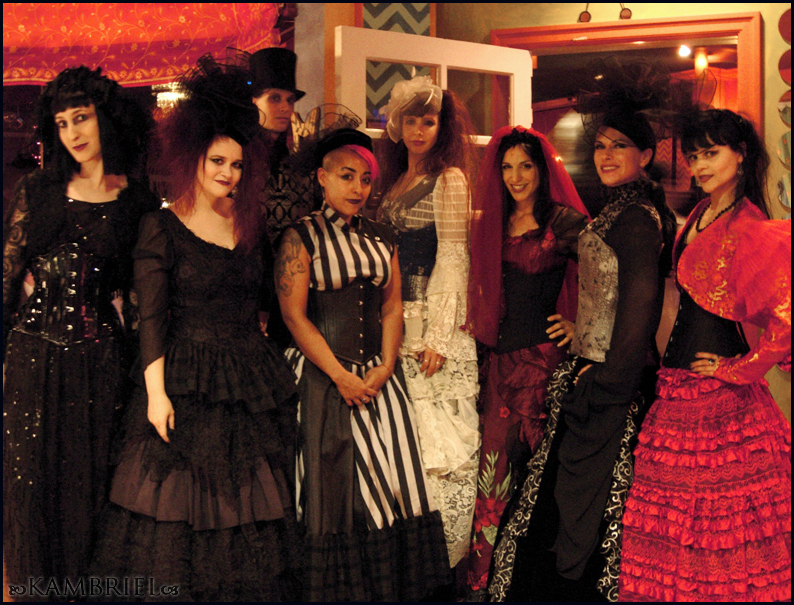 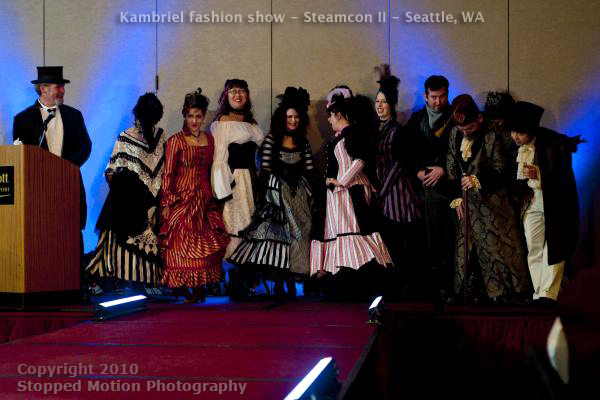 Click the image below to see a selection of backstage images from before and after the show!:

Please click on the image below to view photos from the event along with more information about this
exquisite benefit event held for the Animal Rescue League!:

We had the honour of putting on a magical all-volunteer group fashion show in two parts
which was open to the public and free for all to celebrate our 13th anniversary!

Click here to see a selection of photos from the show!

Below are some of the designs Kambriel showcased in the first annual Black Sun Fest:

Kambriel was one of seven selected designers invited to participate in the fashion show at Convergence 10 in Chicago to celebrate it's 10th year - Appropriate since it's our 10th anniversary as well since the beginning of Atrocities back in 1994!
The fashion show was a perfect grand finale for the weekend's festivities.

Click here to see more photos from the show!

We were asked by Mistress Tracy of the Salem Vampires & Victims Ball to create a special fashion show for the Resurrection of the Ball after a year's hiatus. Among our lovely models, we showcased members of the talented dance troupe Snappy Dance Theater. Our Vampire Ball fashion show was based on a song called "Buried Alive", so you can imagine the scenario...

We are very pleased to have been featured in a lunchtime fashion show at the Sudbury Newcomers 10th Annual
Fashion Show at the Henderson house in Weston - a magnificent old Estate house!

At the personal request of the proprietors of Reverie ~ a bi-monthly affair based on a Parisian lounge night,
Kambriel displayed stunning new fashions in an array of nocturnal black and silver to a maximum capacity crowd!

At the infamous ManRay club in Cambridge, Mass., Kambriel showcased the Arachne Shroud, Theda Gown,
and other one of a kind creations alongside the underground's best known companies.
Kambriel's designs stood out with their dramatic impact!

A Vignette of our stunning models Models lounging in the Absinthe outfits immediately after the show!

Given the theme of the time era surrounding the height of popularity for the magical elixir Absinthe, Kambriel explored more than just the common Victorian theme! Gathering inspiration from the paintings of the Pre-Raphaelites, the exoticism of the Orient, and the illustrations of Mucha, Erte, and Gorey, Kambriel enthralled anxious onlookers with her divine ensembles.

Drawing inspiration from the opulence of the Arabian Nights and the Silent Screen Vamps, Kambriel designed an entire line of garments dripping in folklore and dramatic accents. Due to the horrific events, and heightened sensitivities following September 11, 2001, this fashion show was unfortunately postponed, but Kambriel promises to keep working on it for a future show.

Vampire & Victims Ball
Salem, Mass ~ October 2000
After a grand show at the Salem Vampire Ball in 1996 which was aired on the Discover Channel, Kambriel returned to the Ball by popular request! Her signature style left the audience in awe as capes, gowns, and veils swept the stage in a funeral procession inspired by an Edward Gorey Puppet show... In this tale, it is the Vampire who awakens the lovely bride from her death sleep!

Out of the Blue Gallery Anniversary
Cambridge, MA ~ April 8, 1999

The audience at the famed Middle East Club was caught rather off-guard by our fashion show
which was more of a mystic ritual, than a catwalk promenade ~ thanks to these magical ladies!

We'll have to find better photos of this one!

Our premiere, self-choreographed vignette style fashion show!  With our theme "The Night", we had swirls of vampires, bats and witches ~ all waiting to descend upon our victim.

Clive Barker's "Lord of Illusions" Premiere
Denver ~ 1995
(Unfortunately, no photos from this show...)


© Kambriel - All Rights Reserved.
Kambriel ® is a federally registered trademark name.
All images & titles are legally copyrighted and not to be used without permission from the copyright owner.